Since 2007 the Parks and Wildlife Service has monitored changes to vegetation on Dirk Hartog Island. During this time sheep and goats have been removed, eliminating the only large herbivores on the island.

The vegetation monitoring program uses satellite images along with extensive ground validation to build a picture of how vegetation cover on the island is changing. 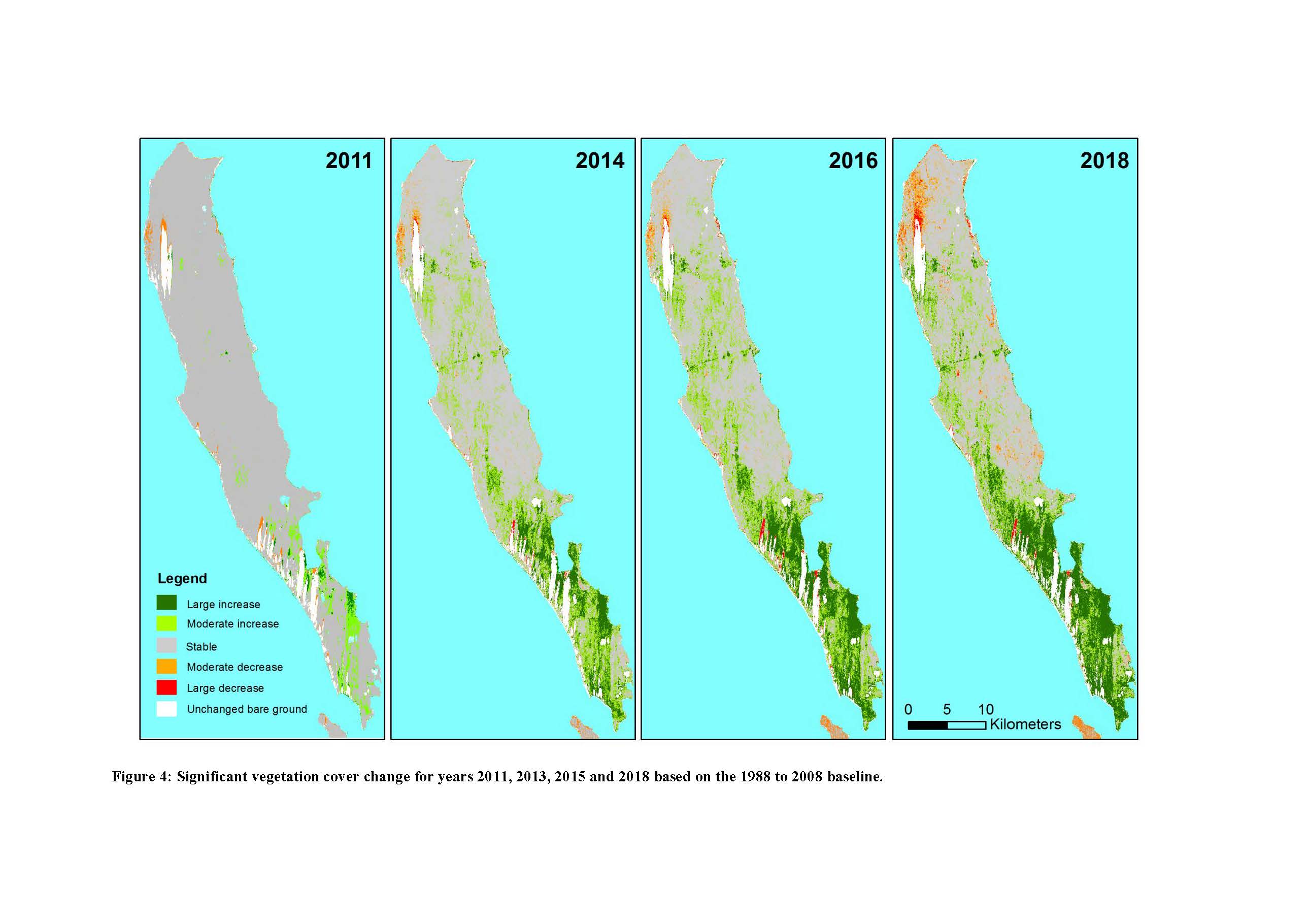 Annual field checking continues with a team of Parks and Wildlife staff, including experts in botany and satellite imagery analysis.

Download this poster to find out more about the vegetation monitoring program.

want to see where everything is?
View the map